We’ve been working alongside Dorset Dolphin Watch for some time now, helping monitor dolphin numbers and movement by reporting our sightings. We regularly see dolphins on our fishing and sightseeing boat trips and are often able to snap some photos, which help with identification. Each year as part of the Sea Watch Foundations National Whale and Dolphin Watch, a number of land and boat watches take place. The aim of this annual event is to increase awareness of the diversity of marine life in UK waters.

For the second year running, Snapper Charters was asked to take part a boat watch, which took 12 volunteers out into the waters around Weymouth and Portland to try and spot some marine life. As is always the case with these kind of trips, no sightings are guaranteed, therefore we were incredibly lucky to see a lone bottlenose dolphin. As we were leaving Weymouth Harbour passengers were treated to the lovely site of Weymouth’s resident dolphin, playing amongst the mooring buoys. Dave, as he is commonly known, has been a regular visitor for over a year now and has amassed quite a following in the local area.

Despite our early success we unfortunately did not see any dolphins or porpoises during our two hour trip, which took us along the coast to Durdle Door before turning West to Portland. During the trip Catherine and the rest of the team took regular recordings, which documented our position, speed, boat course, visibility and the sea state.

Earlier in the week we were fortunate to spot a pod of around 20 dolphins just off of ‘Checkers Fort’ on the Portland Breakwater, much to the delight of younger members on board who eagerly shouted ‘look there’s a fin!’

We thoroughly enjoyed being part of this event and are looking forward to next year! If you would like to get involved or have any sightings you would like to report, please contact Dorset Dolphin Watch for more information. 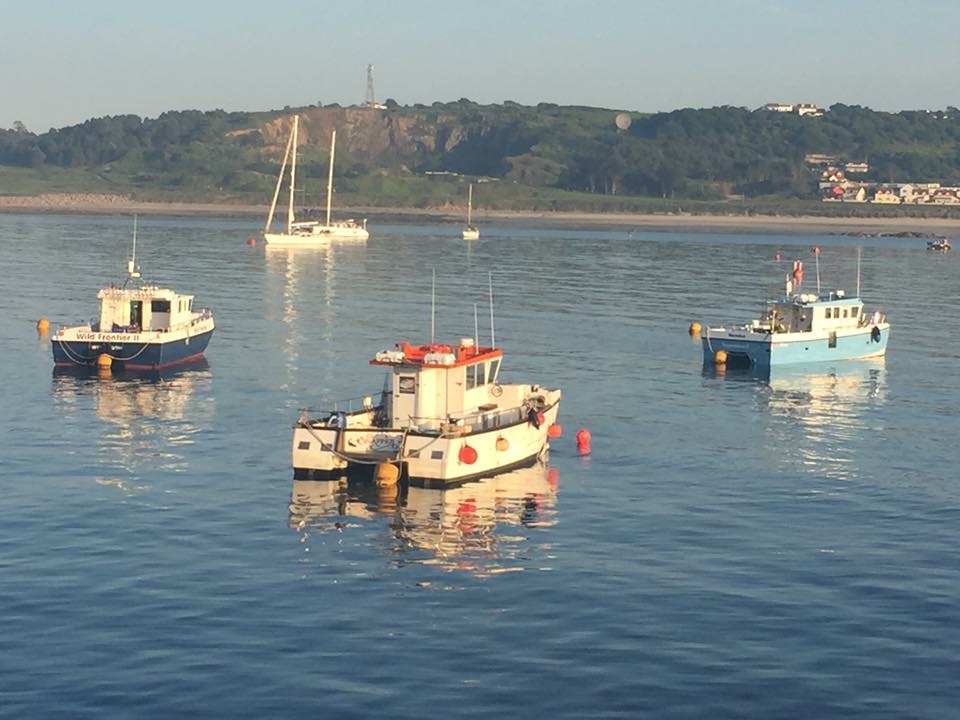