The origins of two bottlenose dolphins which have spent at least the last two summers feeding and playing around the cruise ships in Weymouth Bay, Dorset has finally been revealed.

The dolphins have been enjoyed by thousands of visitors over the period, from boat trips out of Weymouth Harbour and have been named locally as “Harry” and “Wills”.

However, following a chance picture posting of one of the animals’ fins on Twitter, their original identities have now been discovered. 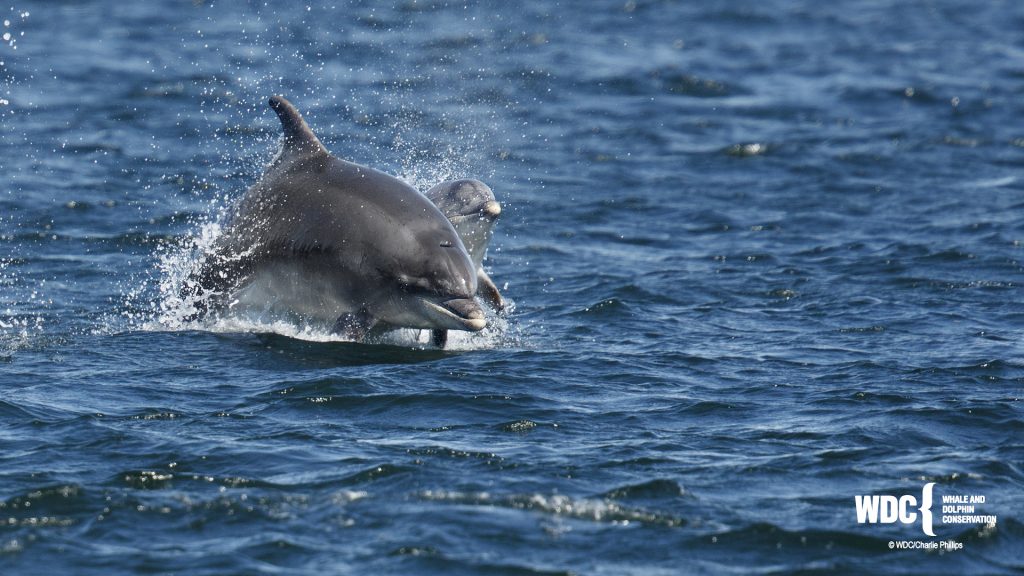 In between Dorset and Scotland, the Mother and calf pair have been reported as stopping off in and commuting to Cornwall.

The picture posted on Twitter was taken by Les Mears on 29th August, a client on a Naturetrek wildlife trip on the “Snapper” catamaran skippered by Luke Pettis of “Snapper Charters”, with the trip guided by Tom Brereton.

The gender of the off spring is not known and it was not given a name in Scotland where it was born. One of the earliest confirmed sightings of the pair was from the same “Snapper” charter boat back in August 2019, so perhaps a more appropriate name for this youngster is “Whipper-Snapper” rather than “Harry” or “Wills”!

“Honey” has a smooth dorsal fin, but “Whipper-Snapper” has a highly distinctive bumpy trailing edge to the dorsal fin, as the pictures show.

The east coast Scotland bottlenose dolphin population has been expanding its range in recent years, with some of the dolphins photographed in coastal waters from NE England to Ireland to the Netherlands and Denmark. This though is the first time any have been identified in the English Channel, a distance in excess of 1,400 km south through the North Sea or over 1,700 km via the Irish Sea. An incredible journey either way!

Charlie Phillips, Field Officer with Whale and Dolphin Conservation, who initially  identified them using the University of Aberdeen’s Photo ID catalogue of this population said: “More very familiar dorsal fins seen many miles from home, thanks to Dr. Barbara Cheney from Aberdeen University’s Lighthouse Field Station who runs the dolphin ID project and catalogue for the confirmation, another two dolphins “found”.

Dr Tom Brereton, Tour Guide for Naturetrek and Dolphin Watch UK and Research Director of the charity Marinelife said. “I’ve been lucky to see these animals many times this year whilst taking groups out with Luke and collecting research data, but have only posted more dramatic shots on social media that haven’t shown the fins close up. Once I saw the interest the single fin shot generated on Twitter, I fired many images over to Charlie and the identities were confirmed by Dr Cheney.   Having conducted photo-identification of English Channel dolphins for many years, I can say this is easily the most incredible resighting yet I have been involved with.”

Though the dolphins are famed for being seen around the cruise ships, the animals have been  Weymouth Bay since at least the summer of 2019, the year after their Scottish disappearance, with the offspring noticeably smaller back then (as the video from August 2019 shows). They were more elusive as they ranged over a wider area, then the cruise ships arrived due to the pandemic and they became a huge tourist attraction. 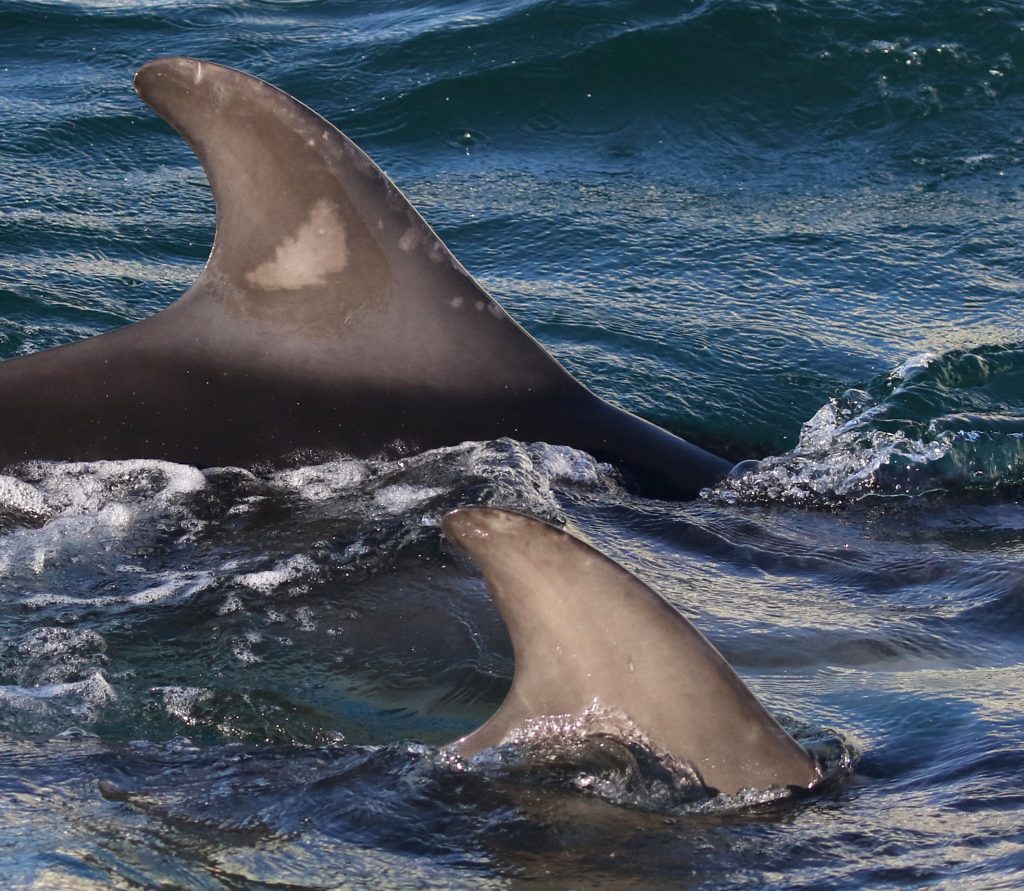 Luke Pettis of Snapper Charters said “ We’ve had the pleasure of observing this mother and calf on a regular basis over the past 2 years. During this time we’ve witnessed numerous behaviours, including feeding, jumping and synchronised diving.

‘Will’ and ‘Harry’ been a joy to watch from afar and have delighted our boat trip passengers. Its been wonderful seeing adults and children enthralled by their antics and we hope that observing animals in their natural  habitat has encouraged more people to take a greater interest in marine life.

It’s amazing to know more of their story and learn of the distance they’ve travelled to get here. We are delighted to be a part of this incredible finding. Well done to everyone involved!.” 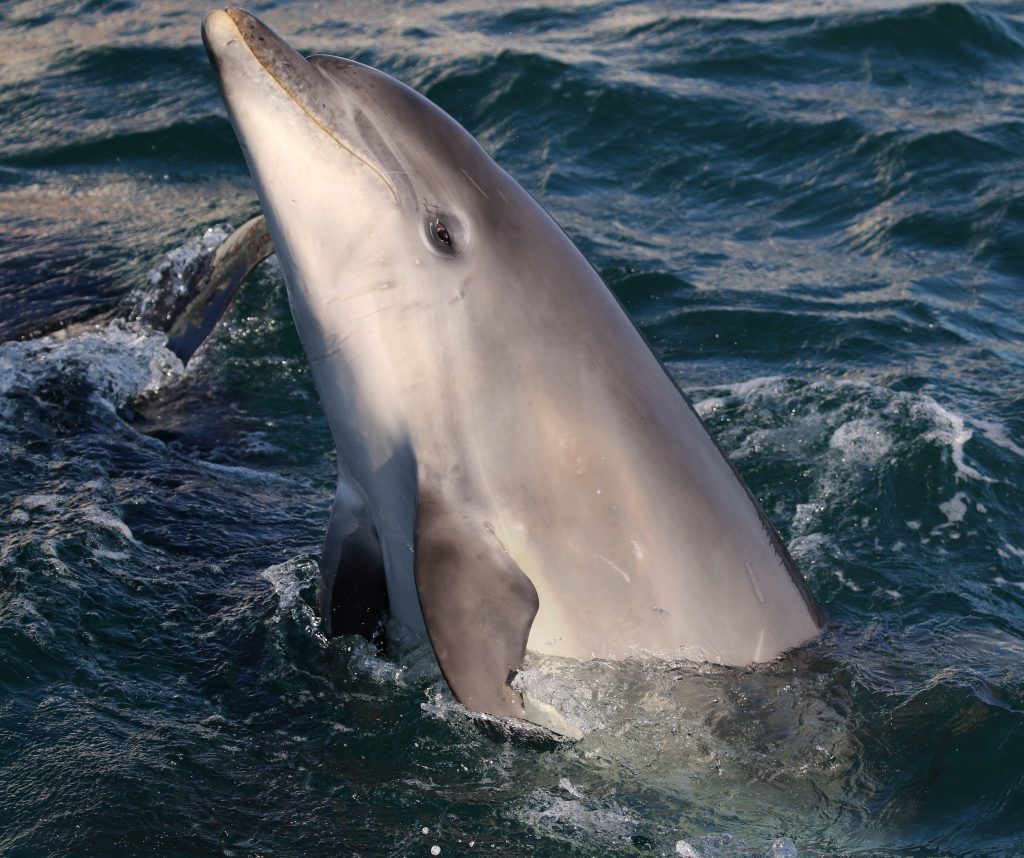 WDC recommends that people should enjoy encounters with dolphins from a distance and with reputable vessel operators. UK seas are a special place for dolphins and whales, being home to 21 species, more than anywhere else in northern Europe. They are also a rapidly growing destination for marine recreation and tourism, which is increasing levels of disturbance. Many species are seen close to shore and disturbance happens when people get too near to marine wildlife, disrupt their natural behaviours and cause them stress.

Naturetrek operates the largest selection of professionally organised, expert-led wildlife holidays and tours in the world.

MARINElife is a science charity that conducts an Ocean Health Check by gathering information of key marine species so they can be better protected. Research has been conducted in English Channel dolphins since 1995.

Whale and Dolphin Conservation is a UK based wildlife charity that is dedicated solely to the worldwide conservation and welfare of all whales, dolphins and porpoises.